The Best Architects and Interior Designers of the World-Part 2

What makes man think differently in Architecture, Interior Design or any other art forms? It is creativity. The Modernist Movement was pioneered by the rebels who wanted a drastic change in the milieu of earth.

They advocated simplicity and judicious allotments of spaces. They built for the masses and the classes. Architecture was no more only a domain of the rich but had touched common man. These Architects designed for common people, their assertion was “Less is more “. They used materials that were not used earlier and produced collectivized Architecture. They always experimented with simple forms and lines. They used lot of hues of neutral colors. Some of them enforced transparency using a lot of glass. Modernism evolved into Post Modernism, which again disintegrated into other schools of Architecture that exist now. We will look into the works of Louis Sullivan, Walter Gropius and Louis Kahn, all prominent Modernists.

Louis Sullivan (1856-1924) is known as the father of the skyscrapers. He wanted to make people live and work in comfort in the least amount of space; this was possible if the buildings went vertical. During his time ,people and businesses wanted addresses in the best possible localities of a city. There was a rise in urban areas becoming more populated due to new found Industrialization. Louis Sullivan was mentor of great Architects like Frank Lloyd Wright and many others. He experimented with materials .He experimented with lot of steel. Louis Sullivan coined the term “Form Follows Function” which became a slogan of most Architects of that time. He did use old style ornamentation but he actually punctuated a simple form with a less prominent ornamental form 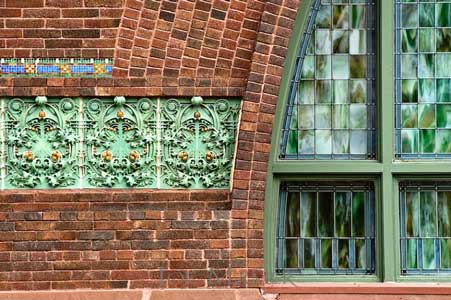 Walter Gropius (1883 – 1969) was a German Architect and a prominent Modernist. He believed in Modernism but it is well known that he never worked on the Drafting board; he used trained Draftsmen who refined his sketched works. He too believed in the idea of form follows function and remained a minimalistic designer all his life. His early career was spent as a Bauhaus school architect wherein he designed the iconic Bauhaus building in Dessau, Germany. Walter had to immigrate to the USA during the rise of Nazi Germany and Hitler. His later works are in USA. It will be correct to mention that the Door handles designed by him have found no parallel till now. They are aesthetic and very functional. He designed his own house in USA and to this day it remains his iconic building. His furniture designs also remain all time classics.

No one in modernism can really come near to Louis I Kahn (1901 –1974) to the level he reached in creating Monolithic buildings ,oozing mystery by sheer presence of magical shapes, light and shade. He is one of the foremost Architects from USA .He designed buildings all his life. His range of the types of buildings is wide because during early part of his life he followed ideal modernist school, but as he entered his fifties he developed his personal style. He worked in India too; he designed the immortal and mysterious IIM Ahmadabad campus, apart from some residences. Words are not sufficient to describe his contribution to world Architecture. He touches the heart and thus he touches the mystery behind human thinking, sometimes making things very puzzling. His buildings at some place merge with the sky in perspective, some time immerse in water, some places they show exposed surfaces with clear form and create excellent ever changing patterns using light and shade .His Interior designs are as fascinating as his buildings. 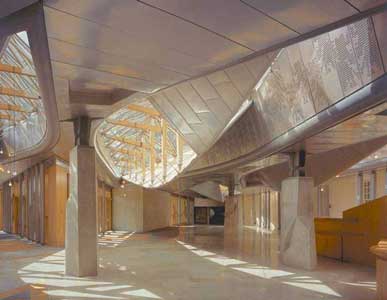 We can see that the pioneers were all very formidable and many Architects copy but cannot actually replicate their styles. Most of them were not rich, but they worked for the sake of art and its emancipation from the dreary and stupid buildings of the past. In fact Louis Kahn was in debt, he died in a public toilet and his body was discovered few days later.

They fought with their circumstances and created great buildings and Interiors. All were Architects and Interior designers too and many also designed their structures.

Watch this space for more blogs on Interior design, we will talk in the next blog about the post modernist Architects and interior designers.